We recently got to work on an up and coming, full blown action movie. The scenes we worked on all involved stunts with vehicles being flipped and crashing in pretty spectacular style. One of these vehicles was a double decker bus! It was great to see the process and work that goes into prepping these kind of vehicles for a stunt. The insides are completely stripped out with roll cages and the all important pneumatic ram fitted. A hole in the floor is cut out for it to be fired through. One thing thats evident when doing this kind of filming is that you don’t get a second chance! The kit and the shot had to go as planned. Everything was checked several times and the shot was rehearsed several more. We were also using a new set of lenses for us. They were some Cooke S2’s. Some lovely PL mounted cinema lenses that remain fairly light weight. Unusually for us we were also mostly shooting on a 32mm lens which, with the crop factor on the Red Dragon became a 35mm lens. This was a bit tighter than we would usually shoot but worked well for the scene and allowed us to be a safe distance from the action! The one thing about being the pilot is that all your concentration is on the UAV in the air so you don’t really get a chance to look at the action that going on in front of you at the time. For this reason, whilst the shot was taking place I just heard a big bang, as the ram to flip the bus was fired, and then the smashing of glass and metal as the bus hit the tarmac and slid for 30ft. It wasn’t until I got to watch the playback that I got to see how good it looked! With a little luck, but I to think mostly skill, everything was framed perfectly, including framing out the two tracking camera vehicles and even getting a nice sunlight ping of the bus window as it flipped through the air.

We repeated a similar shot next filming a Range Rover flipping and rolling down the road about 100ft as another angle of the same scene. Finally the director asked for a shot directly above the double decker bus as it rams and smashes into the pursuing Range Rover, both going around 30-40 mph. The shot needed to remain tight as one of the bad guys on the bus emerges from a hatch in the roof at one point. All in all it was a fairly tricky shot to nail but on the 3rd attempt we got it. 13 hours of work to capture about 30 seconds of an action sequence but probably some of the best shots we’ve got so far. The director and DP were very happy. I love working on action movies! 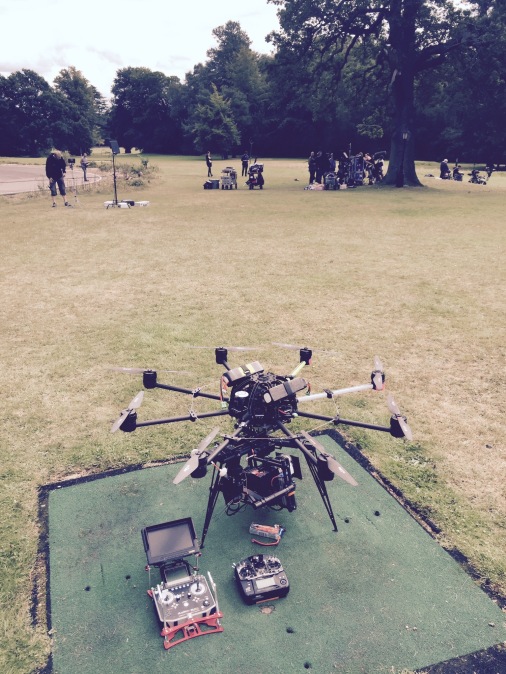 Kit prepped and ready to capture the first stunt 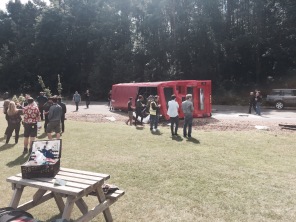 The smashed bus from the front

The crew check out the damaged 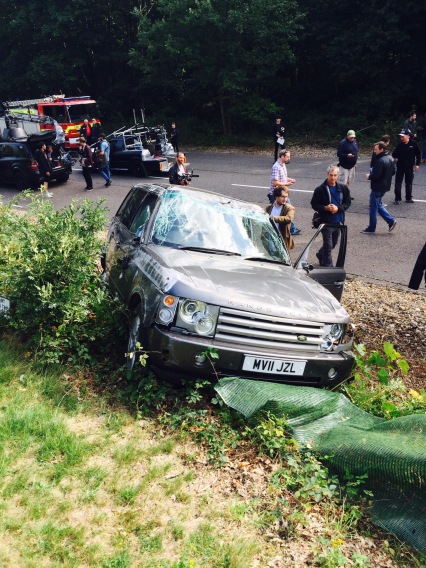 The Range Rover after being flipped and rolled 100ft

Surprisingly small amount of damage for what its been through